This Stennes Jedi was a Jar' Kai lightsaber instructor at the Jedi Temple that later left the order as the Clone Wars was nearing its end. He specialized in the use of the short saber or shoto. It was said that he instructed Ahsoka Tano in the use of the shoto blade. After he left the Jedi Order his whereabouts were unknown and his fate was uncertain. It could be possible he used his shapeshifting abilities to escape Order 66. 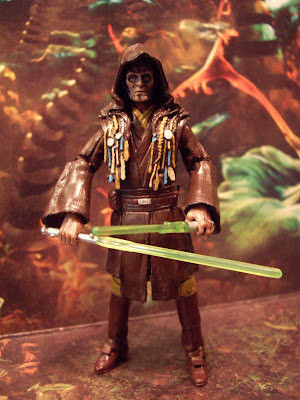 Just a simple kitbash with some new paint applications. 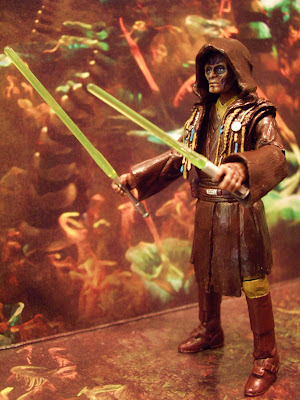 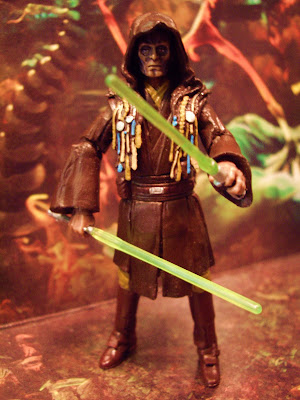 The head and hands are from a Trinto Duaba action figure and the body is from a Legacy Collection Mace Windu. The hood is from a G.I. Joe Zartan action figure. 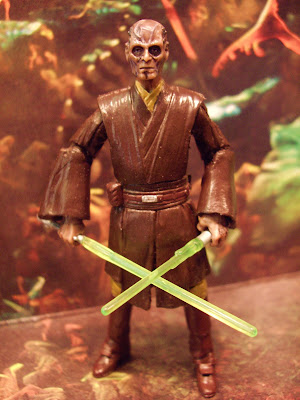 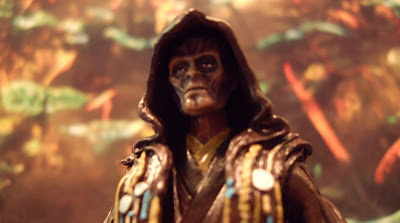 Dad admits that his entry isn't as creative or as cool as the entries the other customizers have entered in the contest, but he felt it was a decent enough custom action figure to qualify as eye candy.

Head on over to the forums for more details by clicking here!