This was a custom that only takes minutes to make if you have the right parts on hand. The hardest figure to acquire would be the Han Solo Mudtrooper figure from the exclusive Target multipack from a few years back. We had two on hand and we don't need two 5poa Han Solo action figures so I borrowed the head, mask, cape and weapon from the multi-pack figure and added them to the body of TVC Miggs Mayfeld action figure being sure to borrow the the neck peg from Mayeld's head before inserting it into Han's headsocket. I then glued the ends of the hoses I cut free from the original figure into the already present suggestive circular ports at the top of the back of the Miggs body. After that I cut off the capes long peg like inserts and lined up the cape's edges using krazy glue to hold it them in place.
Last, I used a hand drill at the bottom of the volcano like hole to sink the neck socket a little deeper so the head sits closer to the shoulders. A really easy five minute custom. It actually took me longer to take the pictures and write this post than it took me to make the figure.
TVC "MUDTROOPER"
custom action figure
kitbashed by Darth Daddy 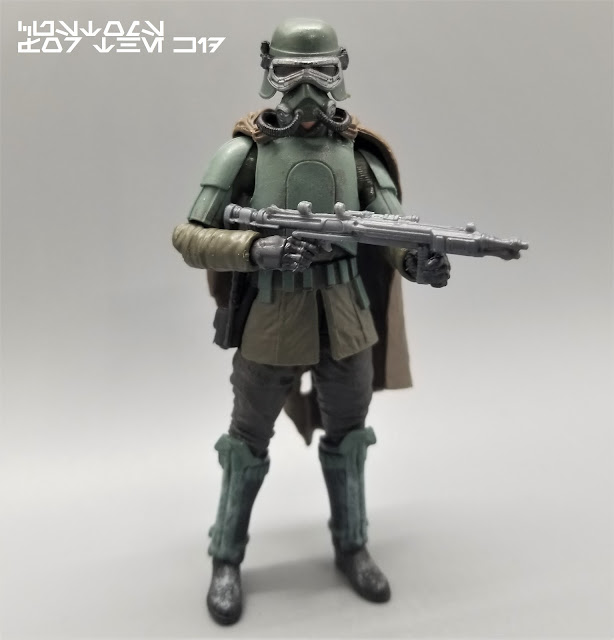 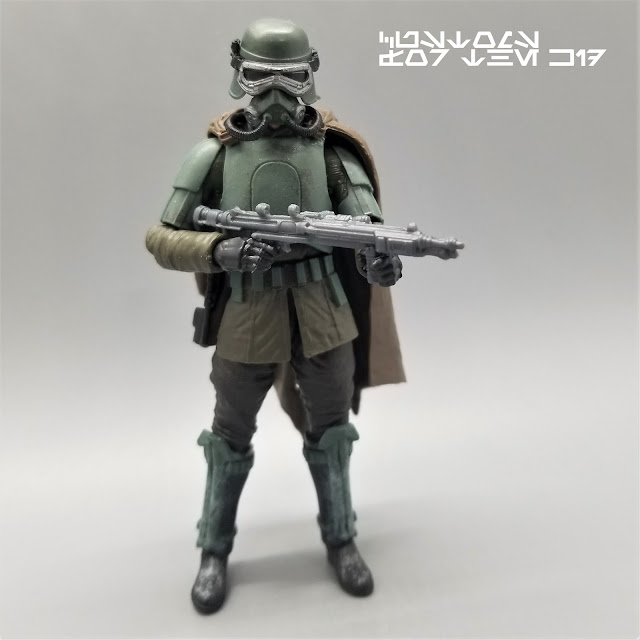 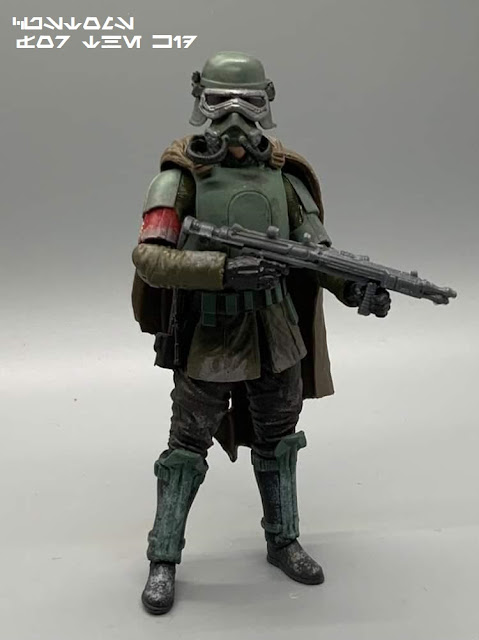 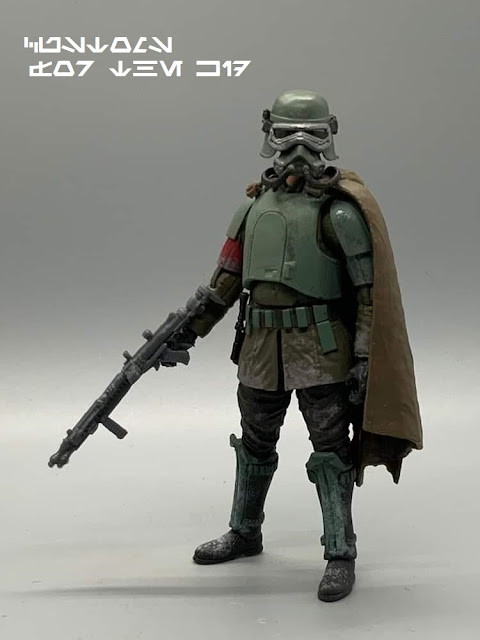 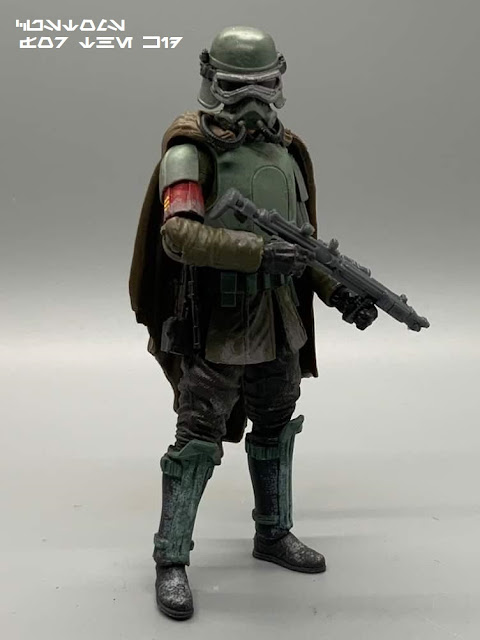 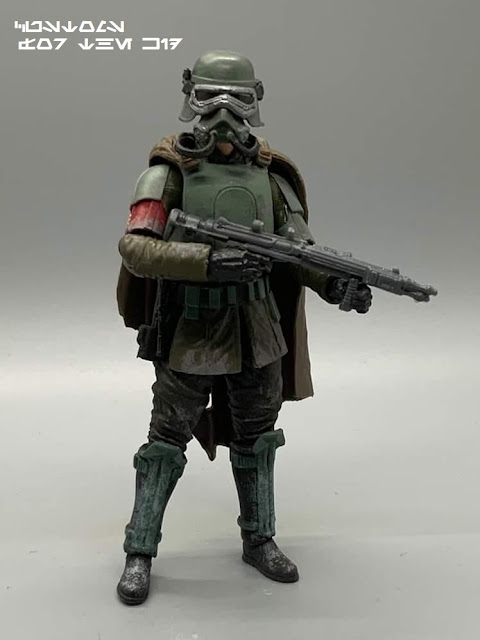 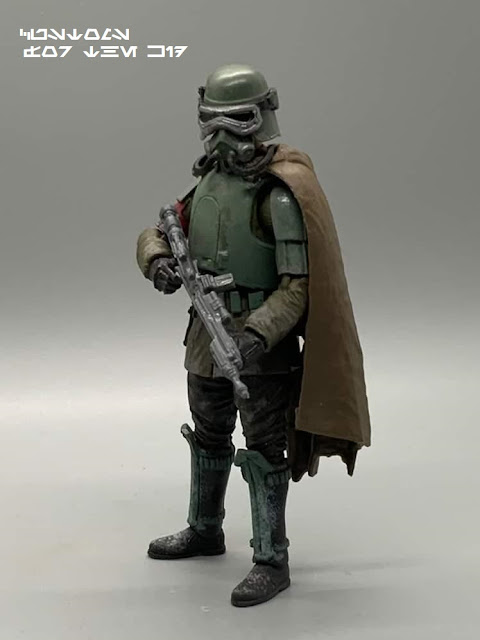 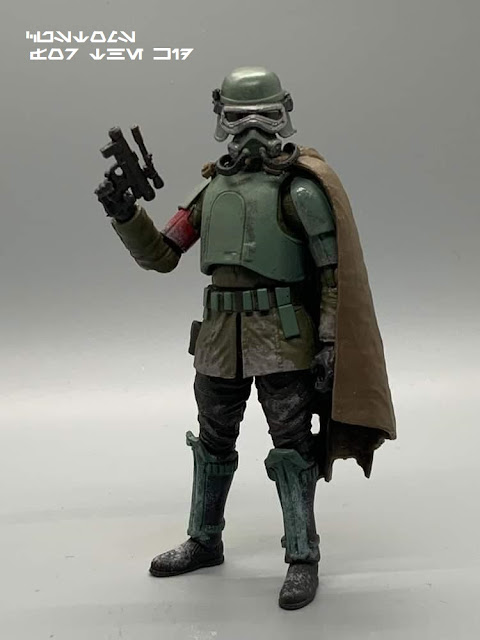 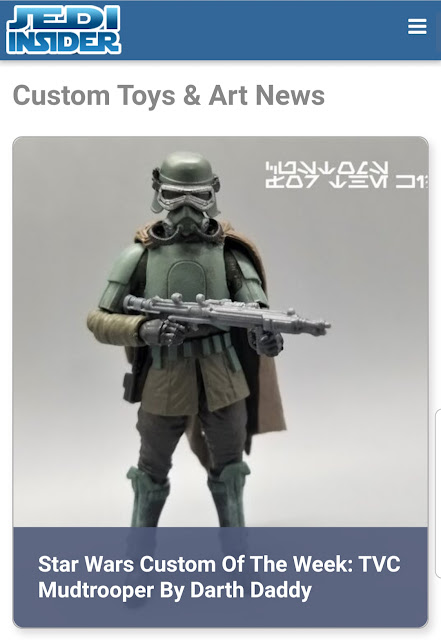 INSPIRED BY
Posted by Elias of "Customs for the Kid" at Saturday, August 06, 2022

CHECK OUT THE NEW STORE! 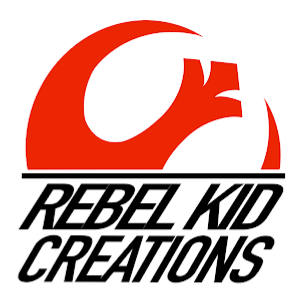 EXCLUSIVE RETAILER FOR "CUSTOMS FOR THE KID"

Videocast with Peak-OB1 Custom Creations & Customs for the Kid 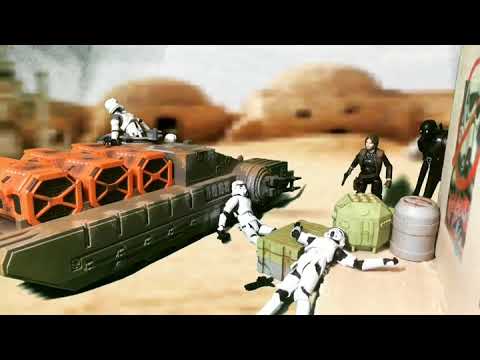 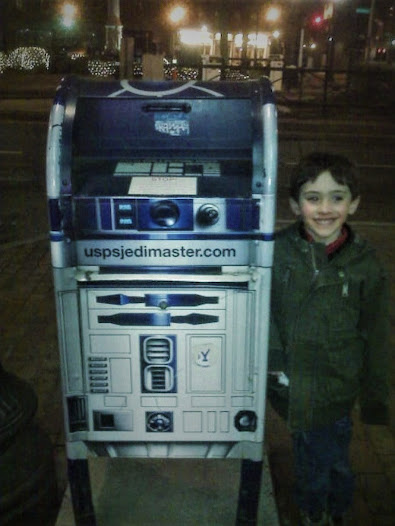 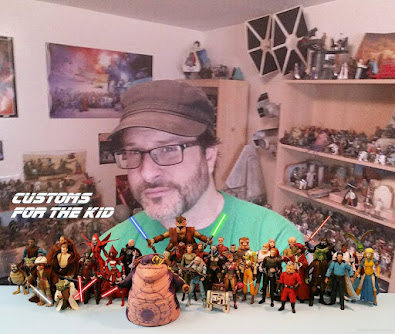