One more Rebels post before we return to some Star Wars characters from the film series. Hasbro's Star Wars Rebels Captain Rex figure looked great, but we knew we wanted to embellish it a bit by increasing the articulation.  Dad took the ball jointed shoulders of a Yarna d'al' Gargan to articulate Rex's elbows and the knees from a Clone Trooper Pilot to get his legs to bend above the boots.  Dad hollowed out Rex's gauntlets and boots to accept the nubs Dad left attached to the ball joints that he glued to Rex's extremities.  Dad then used a styrene rod to create pins to attach to the hands articulating Rex's wrists.  Dad's efforts took an already amazing looking action figure, and made it that much better by increasing the poseability.

At some point, Dad said he is going to give him a proper paint application... 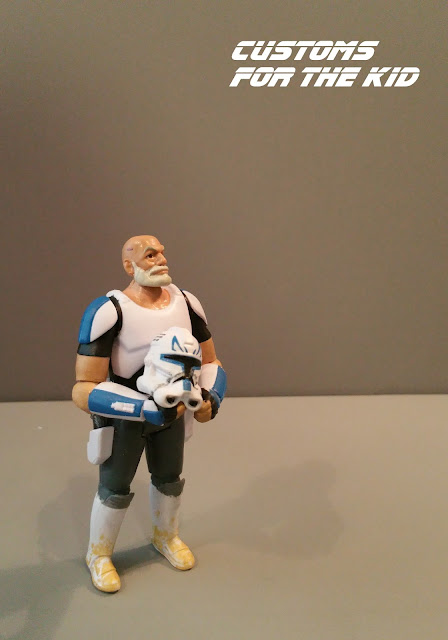 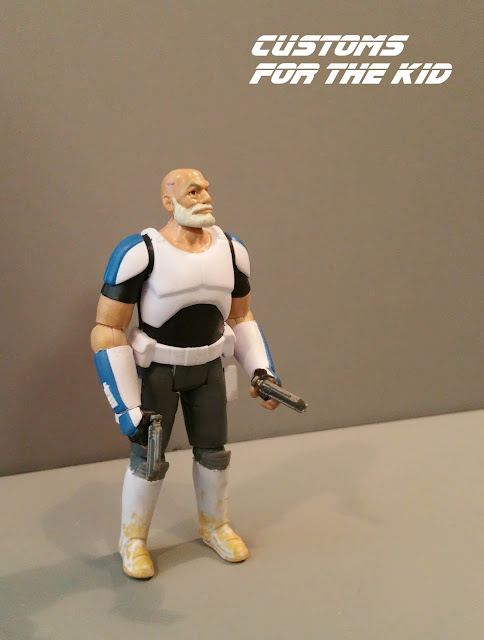 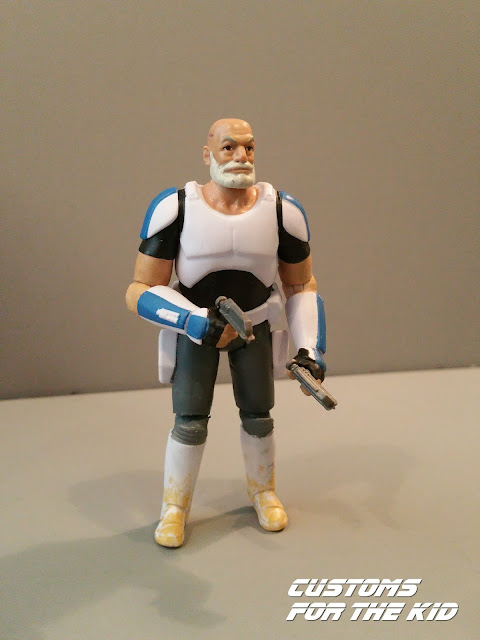 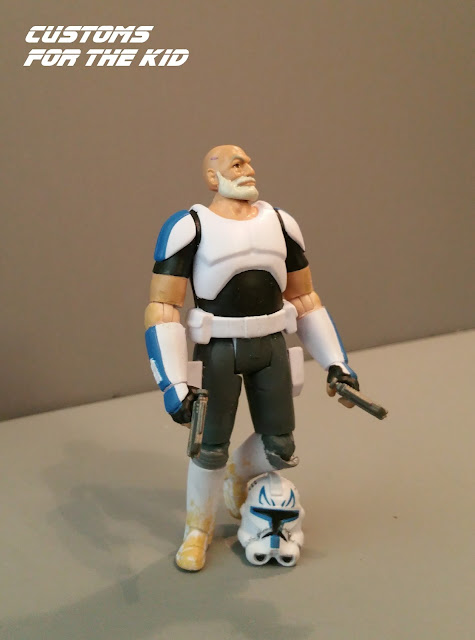 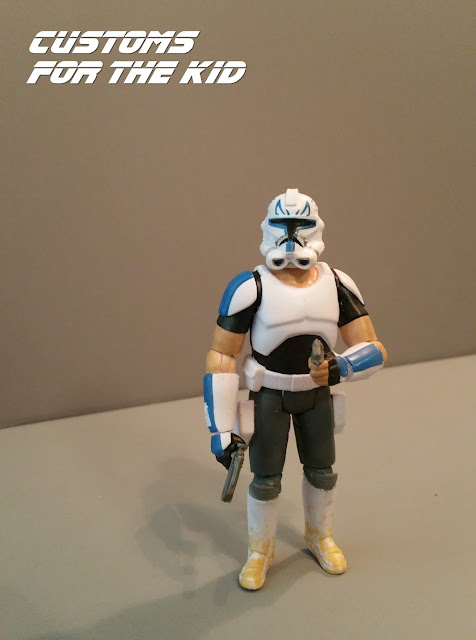 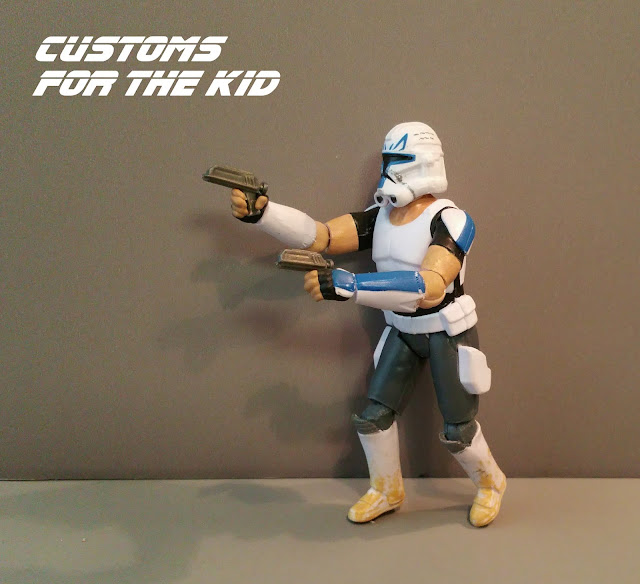 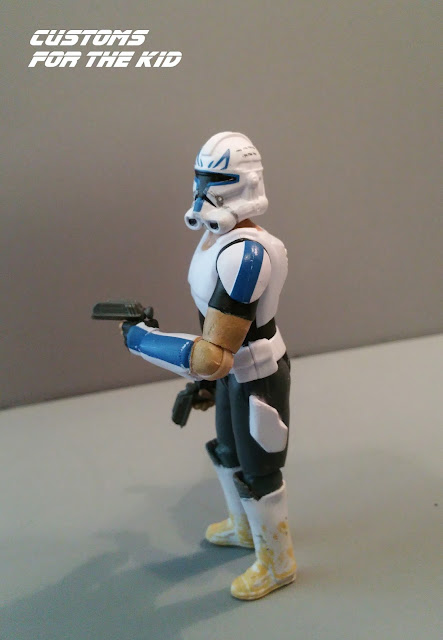 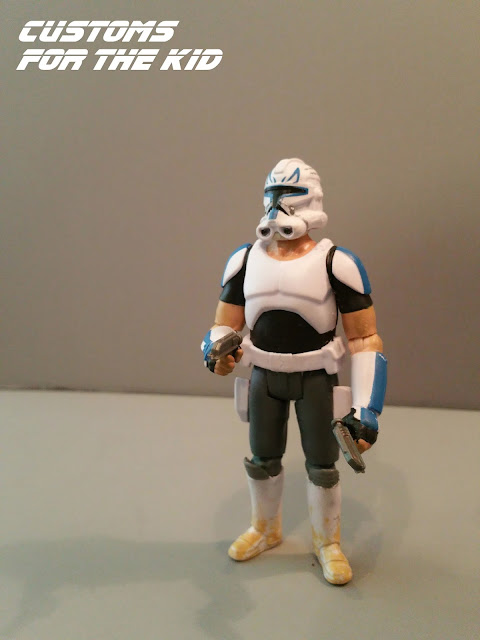 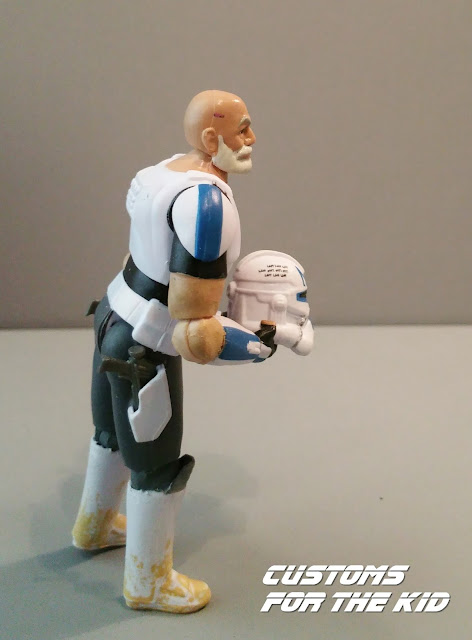 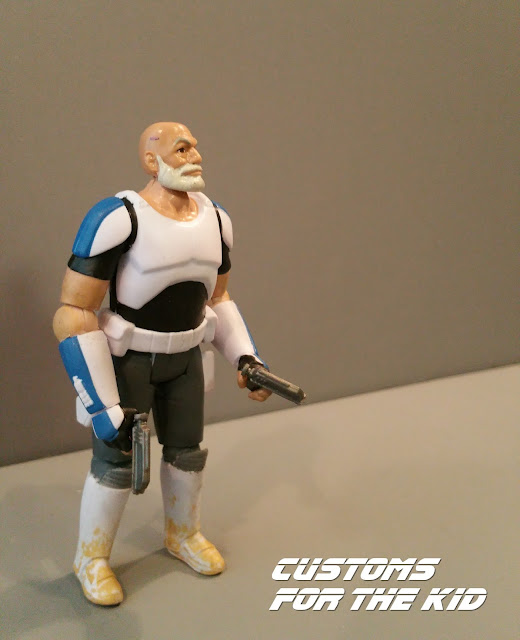 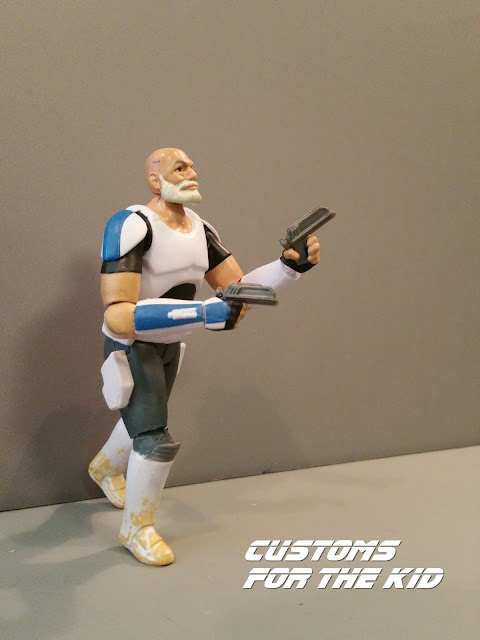 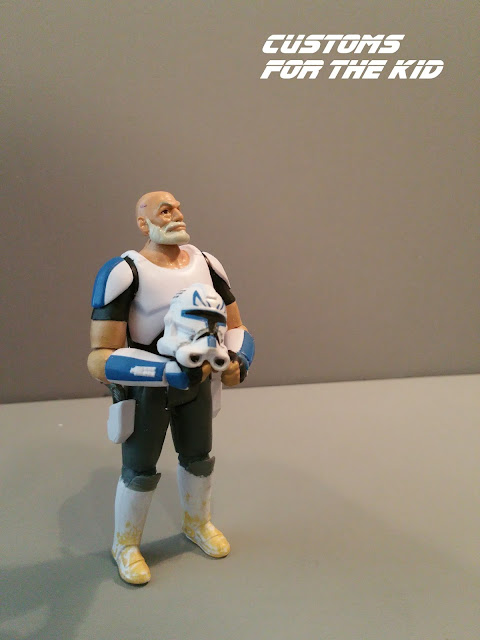 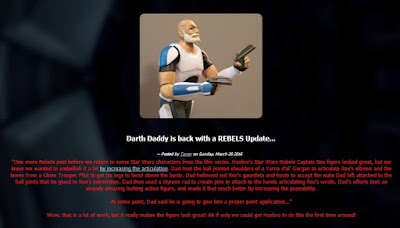