This action figure of the Master Codebreaker from The Last Jedi was my birthday present today from my Dad. It is a 100% sculpted action figure. The base head was from a completely resculpted Revenge Of The Sith Obi-Wan Kenobi action figure head. The body was the Return Of The Jedi Vintage Collection Luke Skywalker (Endor) action figure that Dad sculpted onto with Procreate. I love that Dad even made his silver and gold dice to throw. 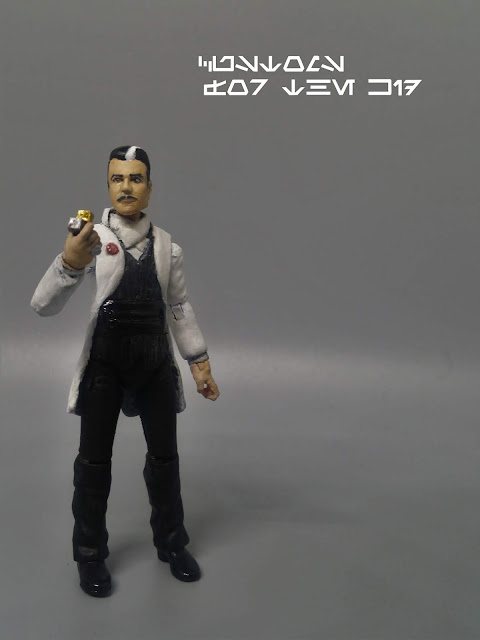 "The Master Codebreaker was a human male codebreaker who was sought out by Rose Tico and Finn on a mission to stop the First Order's flagship, the Supremacy, from tracking the Resistance through hyperspace.

Master Codebreaker was somewhat known by Maz Kanata, who sent the pair after him while they were desperate for someone of his talents. When they finally spotted him in the Canto Casino in Canto Bight, they attempted to run up to him, but were apprehended by the Canto Bight Police Department for illegally parking their starship on the beach. Master Codebreaker's companion, "Lovey," asked him about the disturbance, and he responded that he thought it was of little consequence.[1]

Master Codebreaker was only known by his title, and kept his original identity a secret. However, he once posted all of his personal information to a public node, encrypted by biohexacrypt, and anybody who uncovered the information was welcome to take his mantle. However, nobody was known to have retrieved the information.[2]

At the Canto Casino, Master Codebreaker was only allowed to play dice games, and he was forbidden from electronic entertainment.[2]

Matching his levels of secrecy, the Codebreaker's companion kept her real name hidden from him, and he only referred to her as "Lovey".[2]

He regularly wore a brooch in the shape of a red flower, a plom bloom, pinned on his lapel of his white tux jacket, which Maz told Finn and Rose about as an identifying mark. On the day he was sought out by the pair, he was sporting a thin black mustache.[1]

Justin Theroux's cheeky cameo is a direct callback to two of the suavest men to ever grace the silver screen; James Bond and Indiana Jones. 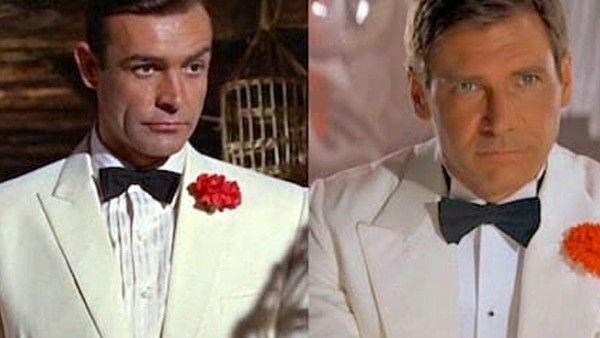 The get-up was originally worn by Sean Connery's 007 in Goldfinger. When Spielberg and Lucas were crafting their follow-up to Raiders of the Lost Ark, they decided to throw in an homage to Goldfinger, by having Harrison Ford's professor also sporting the same look in Indiana Jones and the Temple of Doom. " 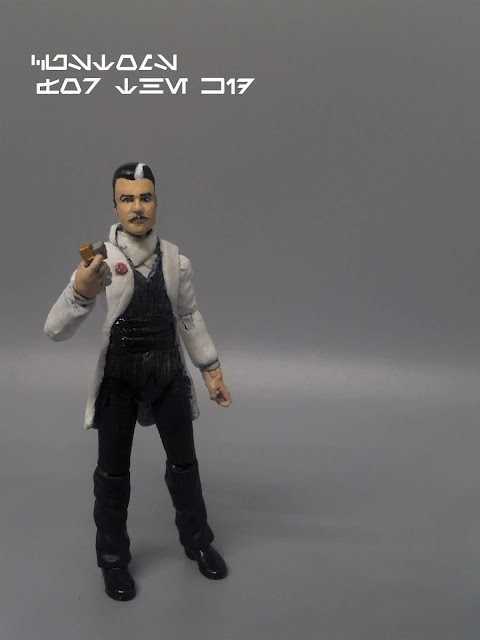