When Dad organized this year's Secret Santa over at Imperial Shipyards, Darksider80 stated that he wanted to participate early in the sign-up process, but forgot to send his mailing address before the deadline arrived.  Dad matched everyone up, and then after all the emails were sent, Dad heard a response from him.  Dad felt bad leaving him out of the event, especially since he was relatively new to the custom action figure forum community.  The last thing Dad wanted was for this talented customizer to feel left out by a new community he was choosing to participate in.  As a solution Dad decided to create one extra figure and do a figure swap with Darksider80 on top of the one he was formally doing for the event.  Dad read in Darksider80's blog that his favorite custom action figures were snowspeeder pilots and Dad got busy working on one.  It was actually the last action figure that Dad started, but as usual, it was also the first one Dad finished.  He also finished one of the Yakface Secret Santa customs, but since it is part of a set, we won't be posting it until both figures are completed.  My Secret Santa custom action figure should be finished by the end of the day.  At least I'm hoping it will be.  I've been working hard at completing it, and only have a little further to go.  Hopefully, we'll have another figure posted soon.  Unitl then, enjoy the Rodian Snowspeeder Pilot that Dad just wrapped up. 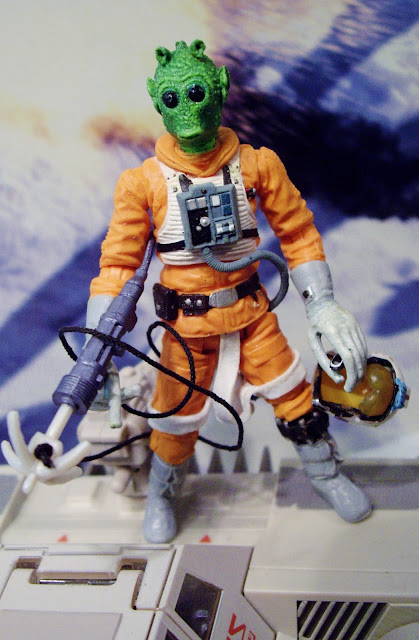 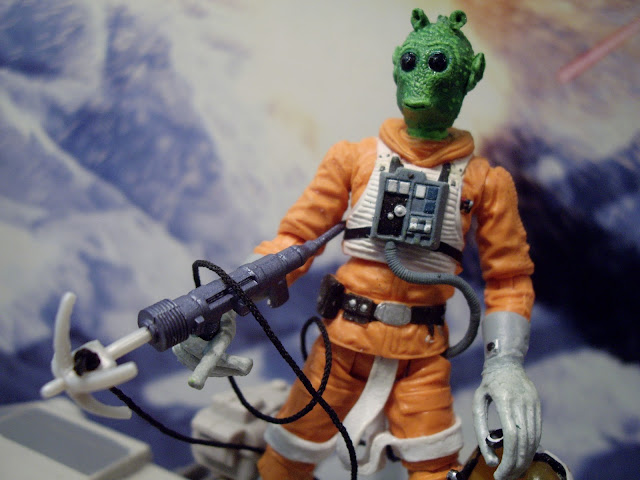 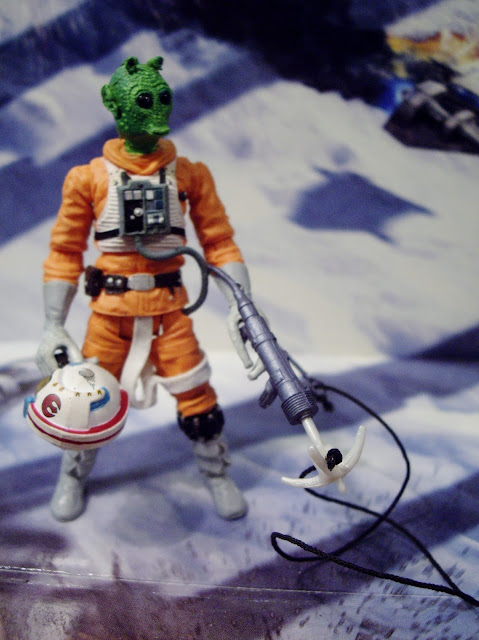 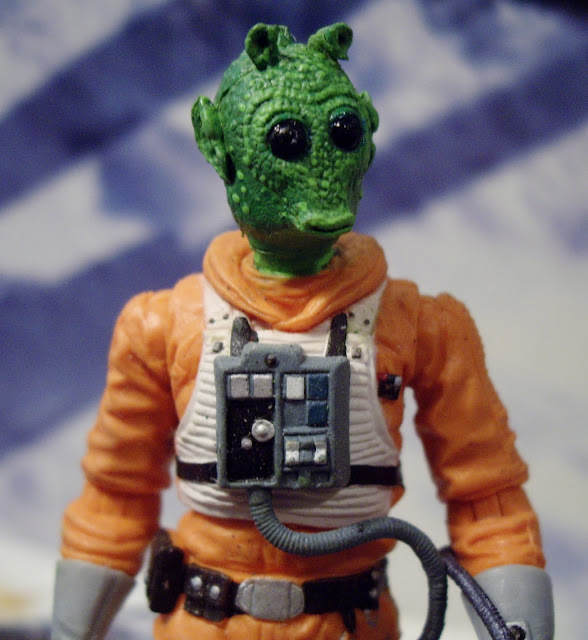 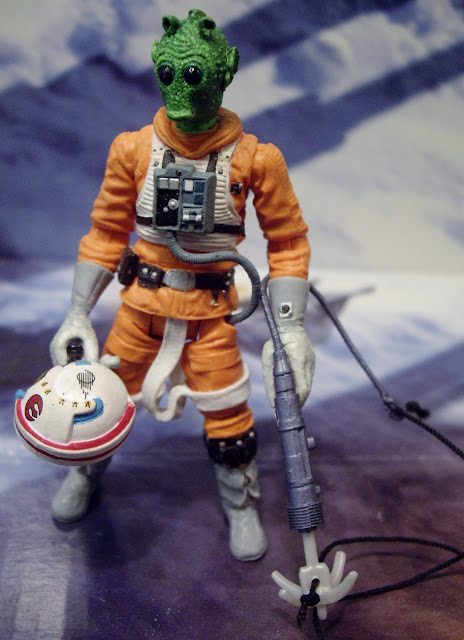 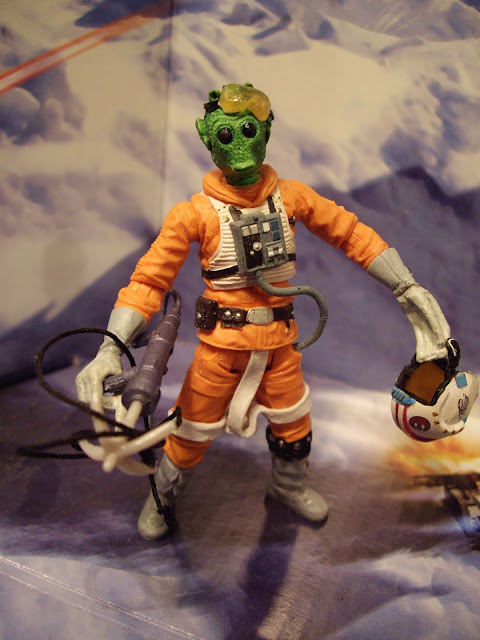 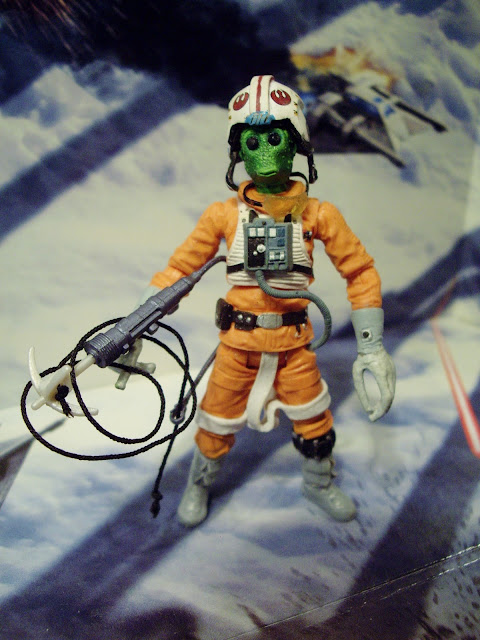 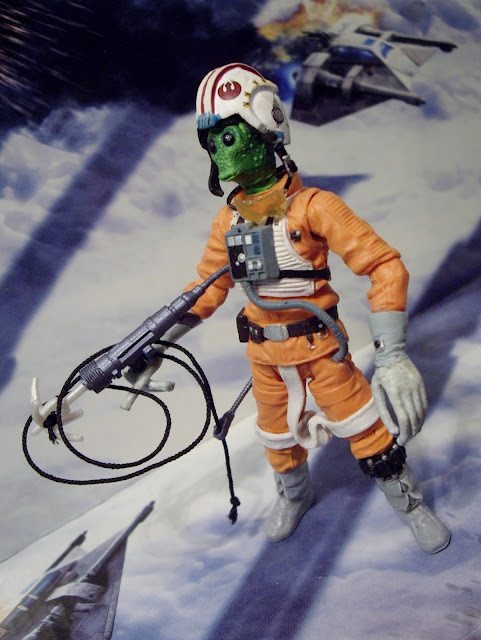 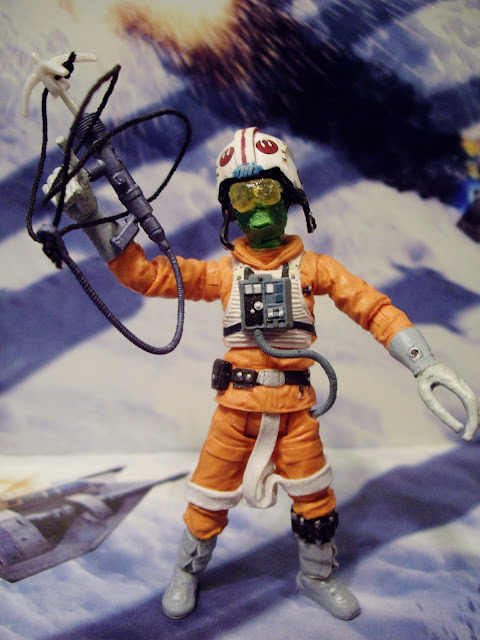 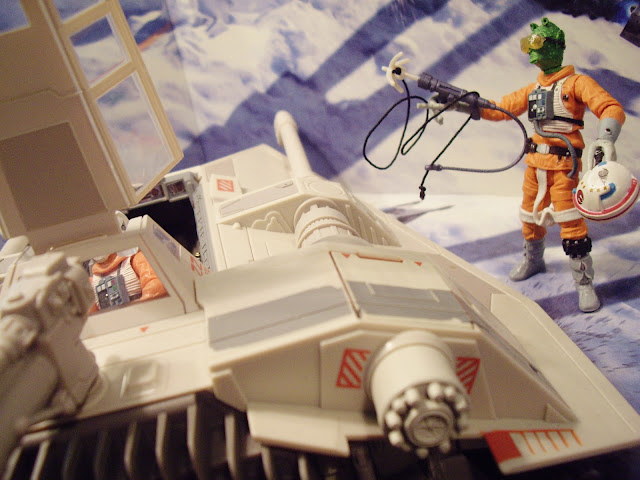 To check out Darksider80's blog click the link below:
http://www.korribancustoms.com/ 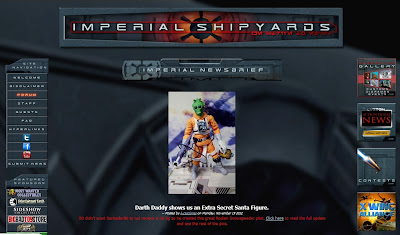 Dad's Secret Santa custom was featured on the front page of Imperial Shipyards.