For the second installment of my project for school that I recently just completed we'll be showcasing the second part of my interview series. For my project, I had to teach myself a new skill and then do a presentation in front of my class about the learning process.  For my presentation, I chose diorama building. Besides making a diorama of my own, part of that project also required me to conduct some interviews with some individuals involved in diorama building. This post is the second of the two interviews, and it is with none other than Ron Hembling.

Ron Hembling aka HemblesCreations is a name that almost every Star Wars customizer knows. He's famous for creating lifelike dioramas filled with custom action figures that are among some of the best ever made. This Australian native is definitely within the ranks of the top three Star Wars customizers of all-time. His paint applications add so much realism with their masterful weathered appearance. I can recognize a HemblesCreations piece immediately because there is no one else out there quite like him. He has a signature look that creates such uniformity when looking at all his pieces as a group. They would all display so well next to each other. HemblesCreations work is consistently classy. One masterpiece after another. I love the way he captures and exhibits the world that Lucas created.

Ron is unique in the community for sometimes turning his super-articulated action figures into frozen statuettes. Once he poses an action figure in his diorama and gets it into its desired position, he will sculpt over the joints and hide the parts of the action figure that take away from the sculpts sense of realism. By the time he finishes hiding all the lines in the figure that could only come off a machined assembly line, HemblesCreations has a piece like the ones pictured below.

This artist really shows his mastery by being able to work within so many different scales. Ron's been one of the most supportive members I've come across in the custom action figure community, and talents like his don't come around as often as we all wish they would.

We actually posted some of his recent YouTube tutorial videos here on our blog for the excellent educational content that they offered. 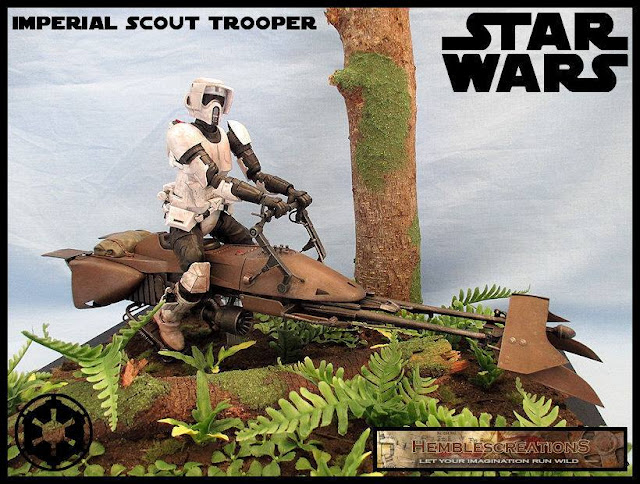 What got you into diorama building in the first place?

My dad got me into the hobby back when I was about 12 years old, he was always building military models from tanks to ships. When I wanted to start making them he gave me a kit and taught me how to cut and clean the pieces, how to paint, and how to make all my diorama parts from scratch, as at that time there wasn't really a market out there selling diorama kits.

Then, over the years, with what he taught me, I went a step further, and added to that by developing my own style and techniques to the ones that he had taught me.

What about diorama building interests you?

The main thing that interests myself in diorama building is to work out how I'm going to have a diorama look so that is looks as realistic as possible, so it just doesn't look like a plastic figure or vehicle sitting a base.

I love building Star Wars dioramas because there is such a huge diversity within the Star Wars universe that there are no limitations on what you can build. I could build a Stormtrooper on Endor and then my next diorama I do, I could have a Stormtrooper on Jedha as there is so much Star Wars can offer in building dioramas. You can even build your style of planet for a diorama. The possibilities are endless.

What brands of materials would you recommend for each of the different projects you could do?

That is a very good question as you use all types of different materials for different dioramas and the list is huge. You can use balsa wood, plastic card, cardboard, wire, straws, plaster of paris, spakfilla, lids, containers and paints. You can also use real earth materials like I do such as grass, branches, dirt, sand, twigs, rocks and leaves it really just depends on what type of diorama scene you are wanting to make.

What tips would you give novices, they wouldn't learn otherwise?


The best tips I can give a novice is to plan your diorama, the internet is a fantastic place for research as there are millions of picture subjects that you can choose from be it from a desert diorama to a water diorama. But the ultimate research is studying real life scenery, just go outside and look around your own backyard or local park. Going outside you can see how things look naturally, such as the base of a tree. Have a close look and it's not just a tree pushed into the ground it as grass growing around it, it has dirt and could even have moss on it. Also practice before you start on a diorama as this will help you learn how to place materials on your diorama to make it look life like.

On average for myself a 2' x 2' detailed diorama will take me about 30 hrs all up. I plan days even weeks ahead of how I want a diorama to look and then I start the research part of the project by gathering pictures and reference material.

About 2 weeks before I start the diorama, I will collect all the materials and products I need to make it. Once I have collected them all, I then work out how I want the diorama to look. When I'm happy, I then make the figures and/or  vehicles, paint and weather them,  and then start on the diorama itself. 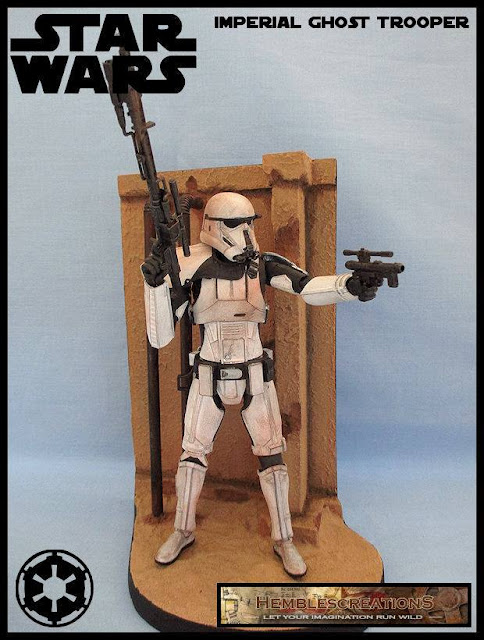 What difficulties might one come across while constructing some of the dioramas you create?

These myself are the most difficult things that I have come across in my time building dioramas. They are time itself, as real life problems do occur, your diorama will be put on hold due to real problems. You can also became unmotivated when building a diorama as it might be taking longer then expected, or you need more materials, so you need to wait for them to arrive.

But the biggest difficulty is when you're building a diorama, you don't like the way it is looking, so you need to step back, and look on how you can fix the problem by either taking it apart and move things about, or start all over again.

About how many dioramas have you built (including the very, very small ones)?
I have built well over 500 diorama's from little 1:72 scale all the way thru to 1:6 scale.


Out of the dioramas you have made, which one/s is/are your favorite?

I have two favourites the first one is an Indiana Jones diorama of Indy on horse back 1:18 scale from Raiders as it is such an Iconic look for Indy. The second one would have to be a 2 in 1 diorama of two Sandtroopers, one on a dewback, and one standing next to them in 1:12 scale as Sandtroopers are my favourite troopers, and the diorama just looks awesome. 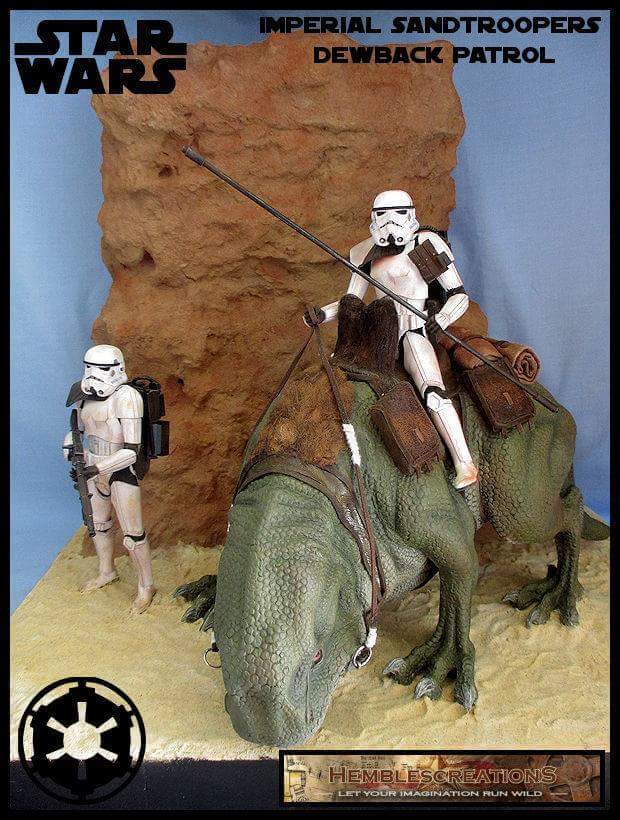 How long did it take to build your favorite diorama?

The most favourite and longest build was the Sandtroopers with the dewback diorama that took me over 30 hours all up, as I wanted to make sure that the dewback looked great and also the rock cliff behind the figures looked natural.

What inspired you to create video tutorials on YouTube?

I kept getting emails and PM's and even phone calls about what I use and how I do things with my diorama's that I decided to actually show people what and how I do the things that make up building a diorama.This helped as people could actually see what I was talking and speaking about, and they can actually understand the process better. 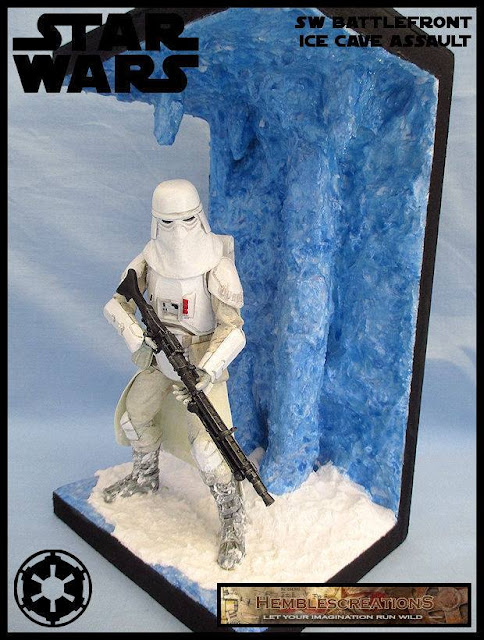 How did your diorama building contribute to the filmmaking process?
It helped me by letting people understand what goes into building dioramas, and also let people see more in depth processes that were hard to explain such as how to make mix products and build certain things such as walls and trees.

The other thing is that you want your diorama to tell a story, for example you have built a diorama and I see it for the first time and say to myself,  "Hey that figure is doing that, or that vehicle is doing this without you having to tell me." This comes down to what you have on your diorama and that all the elements are positioned correctly.

Have you gotten any surprising feedback from your diorama tutorials?
I have indeed, I have gotten great feedback from people saying thank you for showing them how to do certain subjects so that they can make their own. On the other foot. I have had people tell me to stop making them as I shouldn't give my secrets away, LOL, I just ignore them, as this is an awesome hobby, and the more people learn how to do things, the more they will show what they have done. 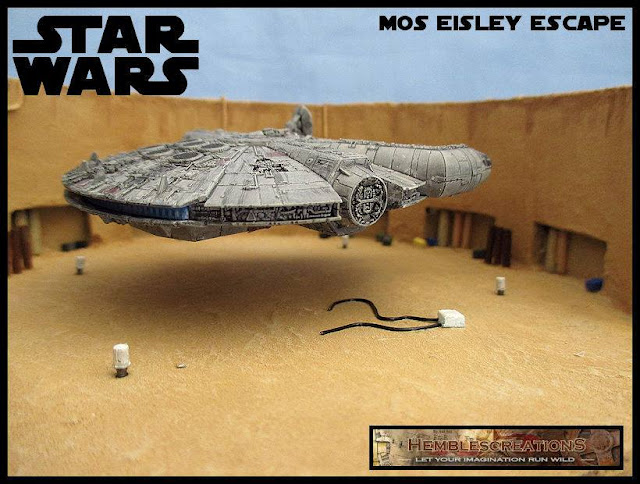 What do you think is the most useful skill in diorama building?

To become a true master of diorama building, how much experience would one need?
Very, very good question, I honestly don't think there is such a word as a true master diorama builder, as you are always learning new techniques and ways of doing things. To get to where I am in building dioramas today, it has taken me 37 years, and as I mentioned, I still learn something everyday, so I think it depends on the individual, how much do they want to do the hobby, and how much effort they are willing to put in.

Prime example is yourself, I remember when you started making action figures to where you are now. Your skills have grown 1000 times better and that is over only a couple of years, so in all essence, you can be called a true master, it's honestly up to the individual. 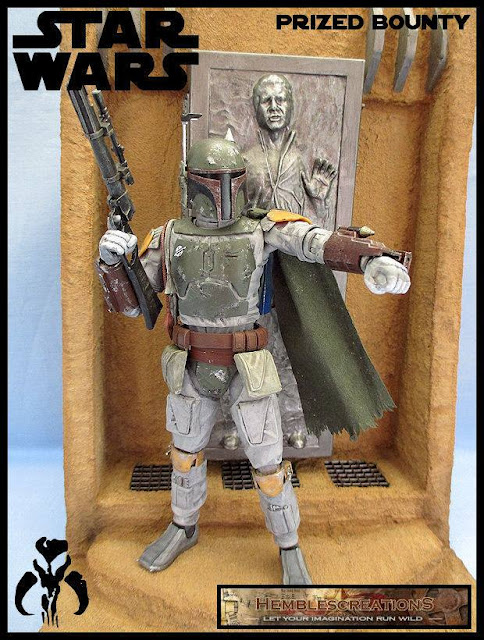 Are there any other things you'd like to add?

Yeah only two things, Have fun and ask questions about the hobby, because if you don't have fun doing, you will quickly start to hate doing it and there is an old saying, If you don't ask you won't know so ask as many questions as you can until you are happy.

Thanks for letting me be a part of this school assignment mate and good luck and look forward to seeing your next build.

I can't thank Ron enough for helping me get an "A" on my project and for taking time out of his busy schedule to help a kid in middle school with a class project.

I highly recommend you all follow the work of HemblesCreations at the links below!

Watch his videos at the link below:
HEMBLE CREATIONS TUTORIAL SERIES