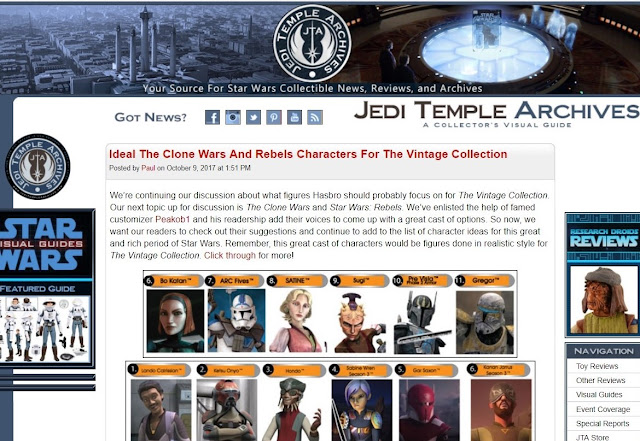 Check out the lists Peak-OB1 and Customs for the Kid were asked to put together for Jedi Temple Archives to share with Hasbro. We were happy that it already reached the eyes of Steve Evans director of design for the Star Wars brand team over at Hasbro. 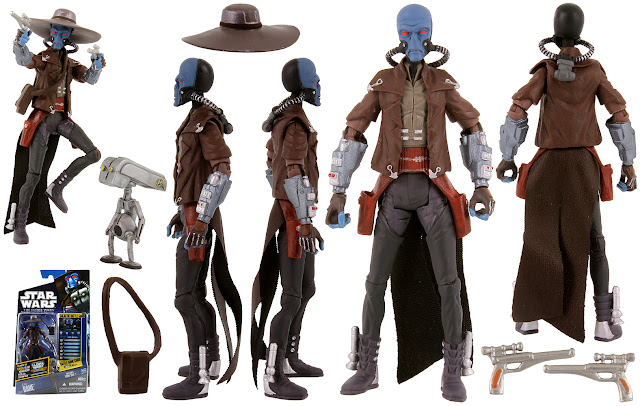 In a perfect world, the sculpts on these figures would be made so they could pass for animated or realistic. A hybrid, similar to The Clone Wars action figure of Cad Bane that came with TODO-360.


"This list was a blast to do! It's nice to offer some concepts and ideas every once in while! Both Darth Daddy and I left off a bunch of characters.

1.) Bo Katan: We are in a time right now where, like it or not Girls rule! This character is in both Clone Wars and Rebels and everyone loves Mando bounty hunters


2.) Sugi: Once again this character is in Clone Wars and mentioned in the book "Shattered Empire"  where her niece is one of the main characters fly that green gunship around!


3.) Ben Kenobi in Rako Hardeen Disguise: Would be my absolute all time favorite! This is such a great look for him and the first time, he uses the code name Ben!


4.) Ventress Bounty Hunter: or pretty much any Ventress outfit you want to make would be a hit in my mind! She is such a solid character by the end of the show!


5.) Ketsu Onyo: In both Rebels and the new Forces of Destiny. Probably the most elaborate costume I have seen since Hasbro made Cato Parisiti in the toy line.


There's so many more. If just a few of these are produced I'm sure it would make a lot of people happy!


Also Wanted to thank Paul Very much, for letting us work on this list!" - Peak-OB1 Custom Creations

"I really wanted to get the 99 action figure on the list, but we tried to narrow it down to only a certain number of slots and I lost the coin toss ;) I think we need an action figure of a character of his caliber in the line. Imagine what the implications would have been if Domino Squad never made it into the field as their instructors were planning. 99 had a huge impact on The Clone Wars, but we forget his contribution by the end. He also is very relatable to all the Star Wars fans overcoming short term or long term disabilities that rarely feel represented in toy lines.

I think all the figures listed here are significant enough characters to merit a figure and it would be nice to see them made over the coming years.

I like all the interest in this topic because it shows just how much love there is for the animated Star Wars content.

1.) Satine Kryze: Any Outfit. Preferably a 3-pack of her in her headdress outfit, pink adventure gear outfit, and the blue outfit she died in. The love interest of Obi-Wan Kenobi NEEDS an action figure. She died in his arms! At Maul's hands. What fan doesn't want to recreate that scene in plastic?

2.) Professor Huyang: Love the idea of a droid lightsaber building instructor who was present when Yoda built his own lightsaber. With David Tenant from Dr.Who voicing the character he is sure to be a good selling figure.

3.) Bo Katan: She is in both Clone Wars and Rebels and features as a major player in both. Viszla’s partner in crime. Plus, she's a Mandalorian and Satine's sister.

4.) Pong Krell: Scariest villain in the entire series, and he’s a Jedi!

5.) Sugi: One of the coolest new bounty hunters we got on the show. I’d love if she came with her ship.

6.) Ziro the Hutt: He was the villain of the theatrical release and a great reoccurring figure throughout the series. He’d look great in a set with Sy Snootles.

7.) Kalani: Love the design of this droid. Plus, he made it into Rebels.

8.) Lux Bonteri: A pretty major character. Lux was the love interest of Ahsoka and they had several adventures together. I’d prefer the Onderaan version for his figure.

10.) Saw Gerrera: Have to have a companion figure to Steela and Lux. Plus he raises Jyn Erso and is heavily featured in Rogue One.

Other Honorable Mentions: Younglings from Season 5 Ahsoka/Hondo “Gathering” arc, Younglings & Trandoshans from "Padawan Lost", Hondo Gang members, Pune Zignat, C-21 Highsinger, and of course all other figures that actually made our final list.

1.) Hondo: One of my favorite Star Wars characters of all-time!

3.) Season 3 Ezra Bridger: An updated version of Ezra is a must.

4.) Blind Kanan Jarrus: Another figure we desperately need. It would be cool if the face shield were removable.

5.) Season 3 Sabine Wren: The coolest look Sabine has had on the show so far. Don't forget her Darksaber!

7.) Ketsu Onyo: Love the look of the character design.  This character definitely needs a removable helmet.

8.) Lando Calrissian: Love the look of the Rebels Lando.

9.) Cham Syndulla: One of the coolest characters from the animated content and Hera's dad.

10.)  Numa: Another cool nod to The Clone Wars, nothing cooler than seeing Numa all grown up.

Honorable Mentions: Tarkin, Sabine's family, and all other figures that made the final list.

A big thanks to Paul Harrison and Peak-OB1 and for asking me to participate in this!" - Darth Daddy of Customs for the Kid 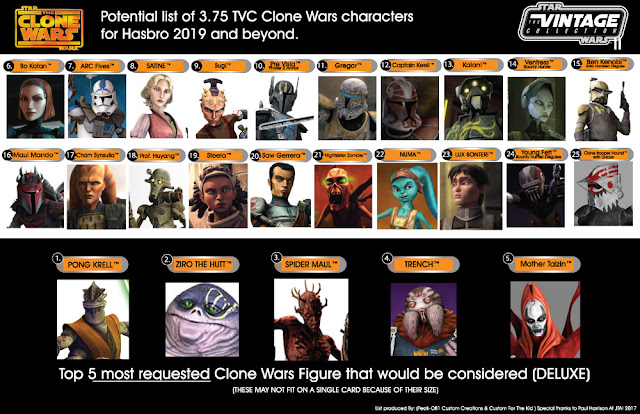 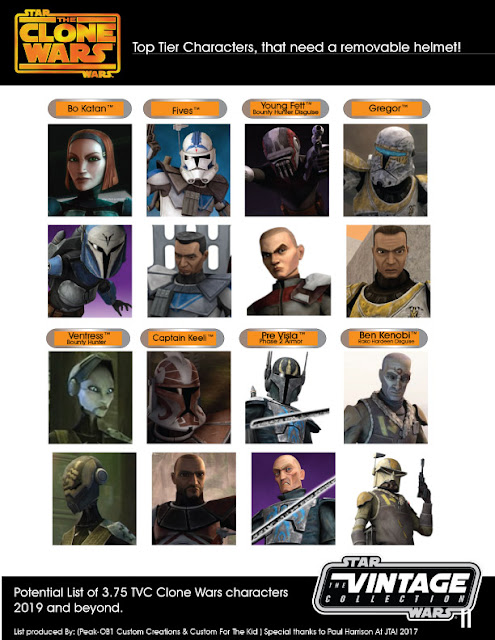 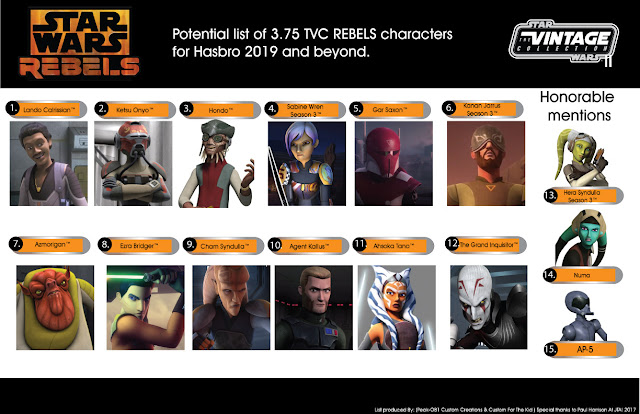 Who would be on your lists?
JOIN THE CONVERSATION